Abstract: This talk will discuss some relevant networking issues for 5G mmWave cellular systems. First, we will give an extensive discussion on the potential benefits and technical challenges of spectrum sharing in a mmWave context. We will show that from this points of view this scenario is much more promising than traditional cellular systems in sub-6 GHz bands. We will also discuss the role of coordination between different operators for the purpose of managing the inter- and intra-system interference, which is shown to be the ultimate limiting factor in spectrum sharing. Second, we will discuss how directionality makes it more difficult to implement and operate network management functionalities, with specific reference to Initial Access and Cell Search, where the energy/latency/detection tradeoff is of particular interest. Finally, we will briefly describe our full-stack 5G mmWave cellular simulator, which includes the whole protocol suite as well as detailed mmWave channel models, and present some examples of system-level results it can provide.

Abstract: Automated driving is considered as one of three largest applications in 5G cellular networks. There are two types of automated (or autonomous) driving. One is egoistic type using only self mounted sensors, and the other is cooperative type using extended sensors mounted on RSUs (Road Side Units) and other vehicles. It is obvious that the cooperative type (cooperative perception) is effective in complex urban environments to solve problems of blocking due to surrounding vehicles and buildings. In this paper, an extended system architecture for 5G cellular networks is introduced to realize such cooperative perception. The important elements in the extended system architecture are millimeter-wave (mmWave) V2V2X (Vehicle-to-Vehicle-to-Everything Relay) and MEC (Mobile (Multi-access) Edge Computing). The mmWave V2V2X is used to realize ultra high data rate communication among vehicles and RSUs to exchange sensing data of e.g. LiDAR (Light Detection and Ranging), and the MEC is used for fusion of dynamic maps measured by extended sensors. In this paper, safeness of automated driving is evaluated by considering a scenario of overtaking vehicle by changing vehicular velocity and data rate of sensing data (LiDAR).

Biography: Prof. Kei SAKAGUCHI received the M.E. degree in Information Processing from Tokyo Institute of Technology in 1998, and the Ph.D degree in Electrical & Electronics Engineering from Tokyo Institute Technology in 2006. Currently, he is a Professor at Tokyo Institute of Technology in Japan and at the same time he is working at Fraunhofer HHI in Germany as a Scientific Consultant. He received the Outstanding Paper Awards from SDR Forum and IEICE in 2004 and 2005 respectively, and three Best Paper Awards from IEICE communication society in 2012, 2013, and 2015. He also received the Tutorial Paper Award from IEICE communication society in 2006. He served as a General co-chair in the IEEE WDN-5G in 2018 and an Industrial Panel co-chair in the IEEE Globecom in 2017. His current research interests are in 5G cellular networks, millimeter-wave communications, and wireless energy transmission. He is a member of IEEE and IEICE. 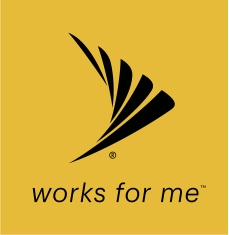 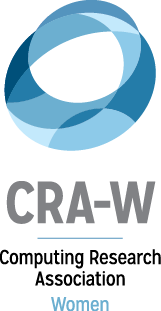